When the Chicago Blackhawks went shopping for a coach in 1998 after missing the Stanley Cup Playoffs for the first time in 29 years, owner Bill Wirtz and general manager Bob Murray went back to someone they felt exemplified Blackhawks hockey. In the process, Chicago became the first NHL team to hire a black coach.

Dirk Graham had already made history with the Blackhawks in 1989, when he became the NHL’s first black captain. He retired in 1995, spent one season as an assistant under Craig Hartsburg, took a year off and returned as a scout. On June 29, 1998, he became Chicago’s 31st coach and made some more history.

That’s exactly what Wirtz said he was looking for.

“This man personifies [Blackhawks hockey] more than anybody I know,” he told the Chicago Tribune. 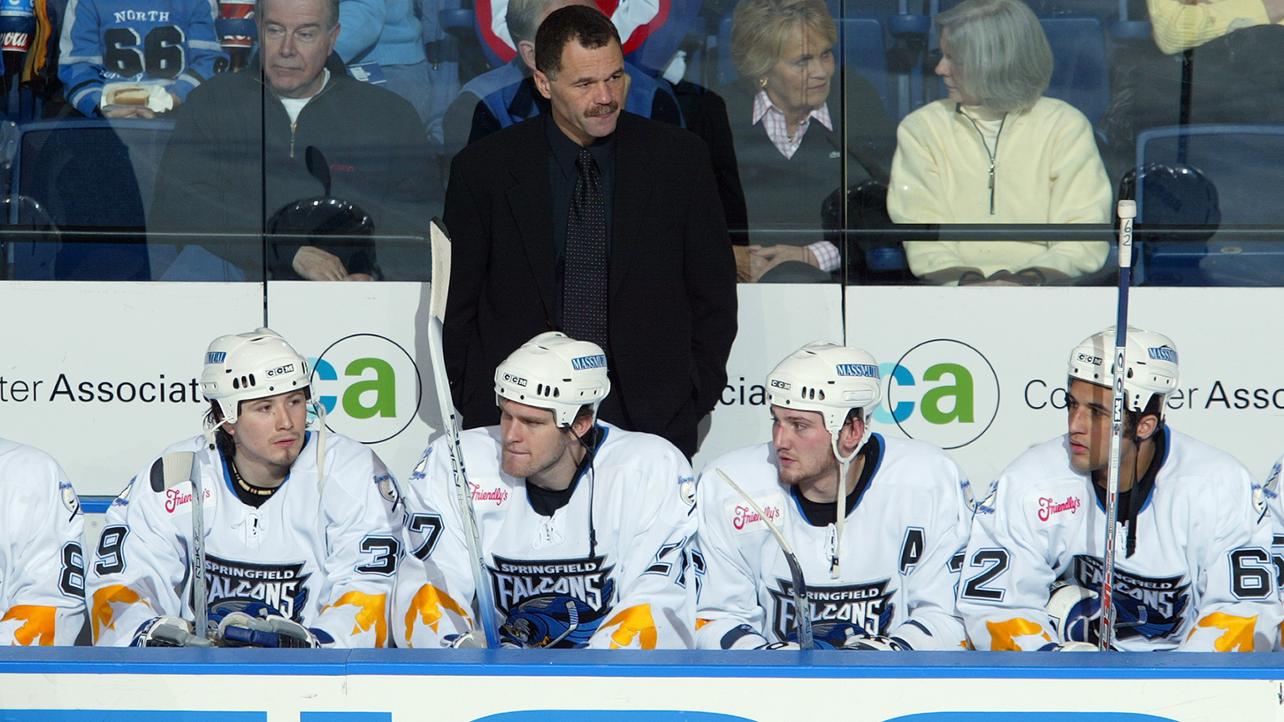 The lack of coaching experience didn’t deter Murray from hiring his former teammate. “I played with the guy. I knew what kind of leadership he has,” Murray said. “I know the kind of instantaneous respect he commands when he walks in the locker room.”

Unfortunately for Graham, who had spent more than six seasons as Chicago’s captain before retiring, the Blackhawks had hit the doldrums and begun a stretch that saw them qualify for the playoffs once in a span of 10 seasons.

Graham’s tenure as coach lasted 59 games before he was fired Feb. 22, 1999, with the Blackhawks last in the Central Division at 16-35 with eight ties.

What was the one thing he would have changed about his stint? “Our won-loss record,” he told the Tribune with a smile.