BOSTON – With the band A Perfect Circle performing that night at Agganis Arena, the Boston University men’s hockey team had been transplanted up Commonwealth Avenue to its sister rink, Walter Brown Arena, for a Wednesday practice. After spending the beginning portions of this session on breakouts — “We stink at breakouts,” groans David Quinn — the head coach shrinks the ice by two-thirds, beginning a small-area game from the blue line down, a close-quarters, three-on-three drill.

It’s there where one can truly see how much bigger Jordan Greenway is than anyone else. Standing 6-5, 235 pounds, Greenway isn’t just the biggest player on the ice, because that doesn’t encompass the gap between him and his teammates.

When he’s summoned to jump into the drill, Greenway skates right into the play, pushing one of his teammates off the puck like a windshield wiper to a raindrop. After winning possession, the action transitions toward the other goal. Greenway parks himself roughly 30 feet from the net and bangs his stick on the ice, calling for the puck, demanding it. In one motion, all the time he’s afforded in this fast-paced game, Greenway accepts a pass and releases the puck, firing it through traffic, off the crossbar and in. 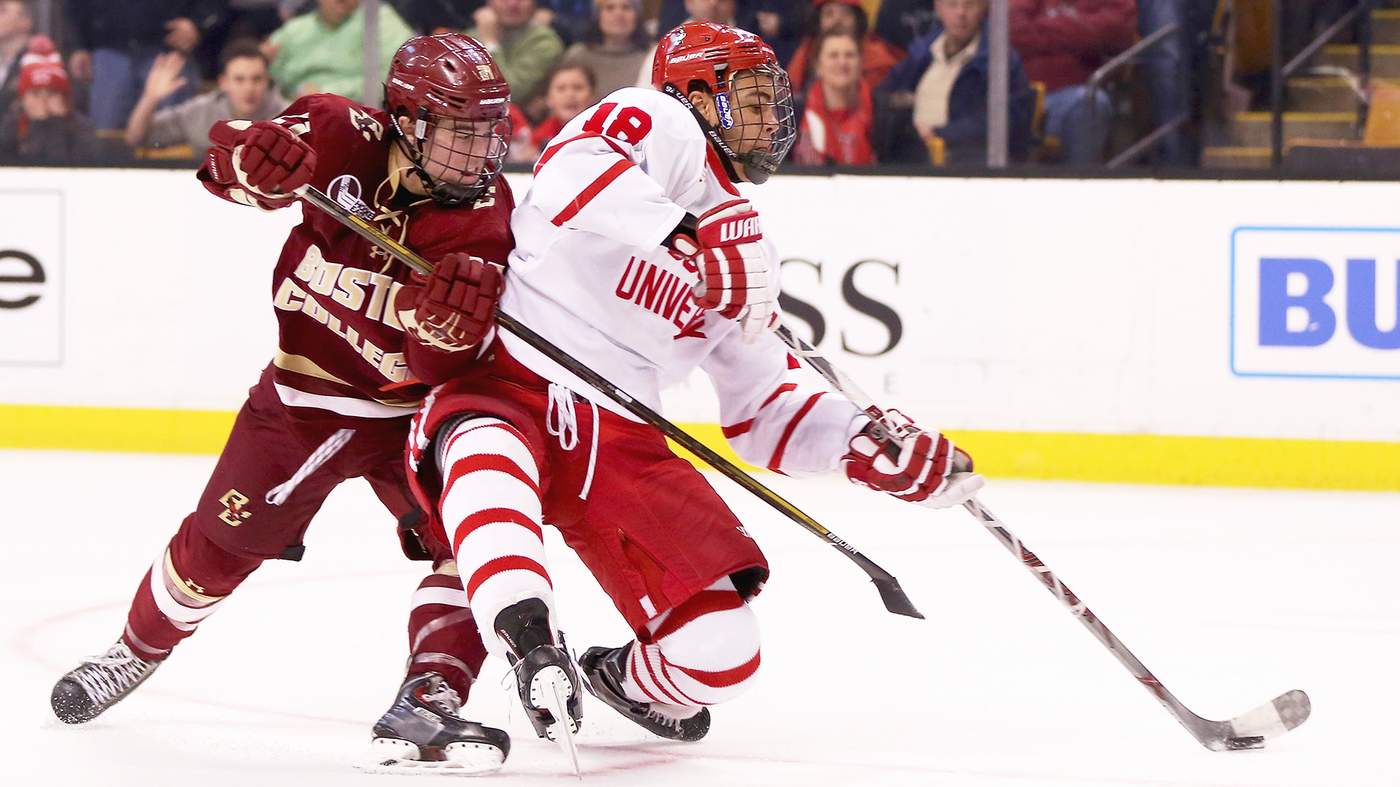 Greenway’s combination of size and skill makes him a rare prospect. With the body of an 18-wheeler, but the motor of a sports car, he’s a physical specimen NHL scouts gush over.

But what makes Greenway rare does not make him unique. That will come in February when Greenway joins USA Hockey on its 2018 Olympic men’s hockey team in Pyeongchang, South Korea. In doing so, he’ll become the first African-American man or woman to ever skate with USA Hockey at the Olympics, breaking a color barrier that is 98 years old.

Circumstance has afforded Greenway this opportunity. With the NHL blocking its players from participating in the 2018 Winter Games, hockey federations like the United States and Canada are dipping into ranks both amateur and obscure to mine Olympic talent.

But the circumstances that led Greenway to this point are also nothing short of fascinating. His case to be on Team USA’s roster, much like his case to become the next dominant NHL power forward, are incredibly intriguing. For Greenway, there’s a duality to his game, a tale of two players — one maddeningly frustrating, the other tantalizingly talented.

At times, he’s an unstoppable force on the ice, taking over games and looking the part of a star player. Others, he’s uninvolved and hard to spot, even from his perch at the treetops, lacking the confidence and swagger needed to fuel his journey to the NHL.

“I’ve never met a great player who didn’t think he was great,” Quinn said.
Over the summer, Quinn, who in his four-plus years behind the Boston University bench has coached the likes of Jack Eichel, Clayton Keller and Charlie McAvoy, and whose former pupils include Phil Kessel and Cory Schneider, had a message for Greenway.

“I constantly say to him, ‘There’s no reason you shouldn’t be one of the next great Americans,” Quinn said. “Why? Why shouldn’t you be?’”
Only Greenway can answer that question.