Shandor Alphonso is getting ready for Connor McDavid.

With the 2019-20 NHL season approaching, and training camp for the League’s referees and linesmen starting Sept. 7 in Buffalo, the 35-year-old is taking his summer workouts up a notch, increasing his gym time and focusing on his footwork to help keep up with the Edmonton Oilers center and speedsters like him.

“Sometimes the ice gets taken away pretty quickly when you have a guy like Connor McDavid coming at you; all of a sudden your space becomes very small to work in because all of a sudden he’s there,” said Alphonso, a linesman who’s the NHL’s only black on-ice official. “I do quick feet stuff to make sure that I’m able get out of the way and move as well as I can out there.”

There’s very little “off” in the NHL’s offseason, even for the League’s 82 full-time and part-time on-ice officials.

The former Canada collegiate and Ontario Hockey League player, who has officiated 319 NHL regular-season games since 2014, detailed his offseason and his goals for the 2019-20 season in a Q&A with NHL.com.

Your offseason began when the regular season ended in early April. How much of the Stanley Cup Playoffs did you watch?

“Actually, I was a standby linesman for the three games in Toronto (in the Eastern Conference First Round series between the Toronto Maple Leafs and Boston Bruins). I watched the first round pretty religiously, I watched the second round sporadically, the third round sporadically and the Final religiously. For me, I’m watching to be able to send one of our guys a message, saying ‘You look great out there tonight,’ or ‘Great call,’ or whatever, and I’m watching because I’m a fan of the game too.” 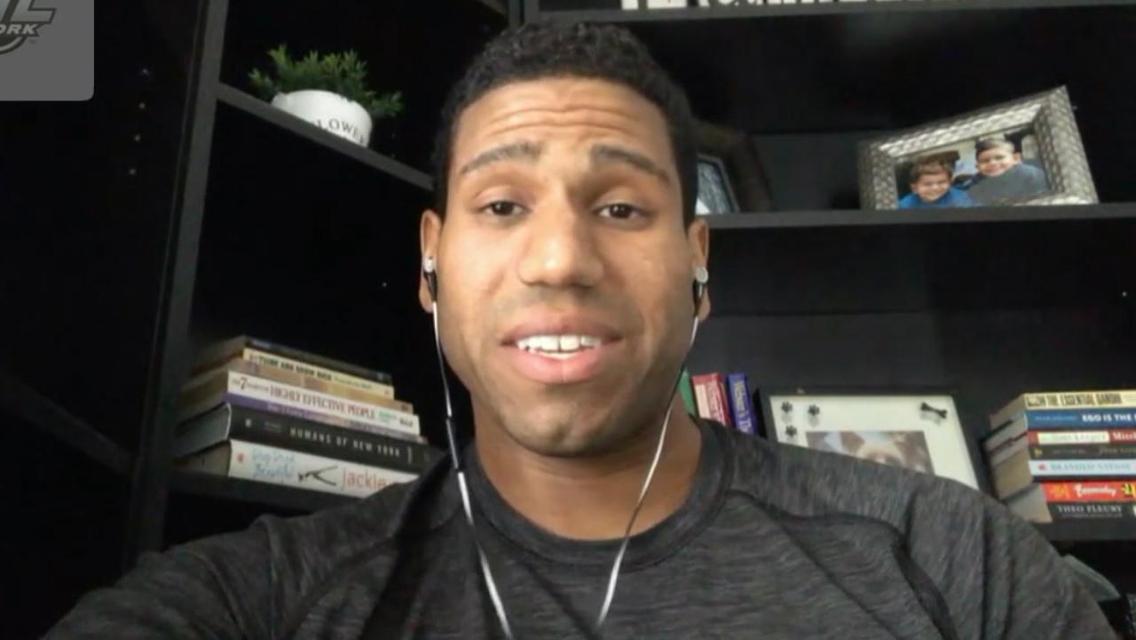 Hockey players are pretty banged up by season’s end. How banged up or worn out were you and other officials at the end of the season?

“Everyone’s got their bumps and bruises they work through all season. At the end of the season you’re a little bit banged up and definitely just tired from all the travel, from everything. I took a full week off where I didn’t train, I didn’t skate, I didn’t do anything. Took a full week of just letting my body heal and relax, and after that I got back into the gym. It’s not as intense as the players, because we’re not constantly being body-checked and constantly going through the pace of practice. But we get beat up, and a lot of guys go through bumps and bruises just like the players.”

How long were you off skates this summer?

“Not very long. I play in a men’s hockey league. We started in early April. I maybe took a week off from the gym and I think I probably played that week I was supposed to be healing. I still enjoy playing and I miss it in the winter, so once the summer comes and my summer league starts up, I’m excited to get on the ice, play some hockey and yell at the refs just for fun.”

You mentioned that you were working out in the gym three times a week earlier in the summer and that you change your regimen in August.

“Now that August is (here), I’ll be in there five days a week. I’ll be doing CrossFit class three days a week still and then I’ll do other stuff on my own — strength, a little bit of cardio stuff on my own Tuesdays and Thursdays. I go to the CrossFit classes Mondays, Wednesdays and Fridays. On Tuesdays and Thursdays I’ll be upstairs on my own, either on the treadmill or doing free weights. But I’ll be doing the extra core and extra footwork stuff every day.” 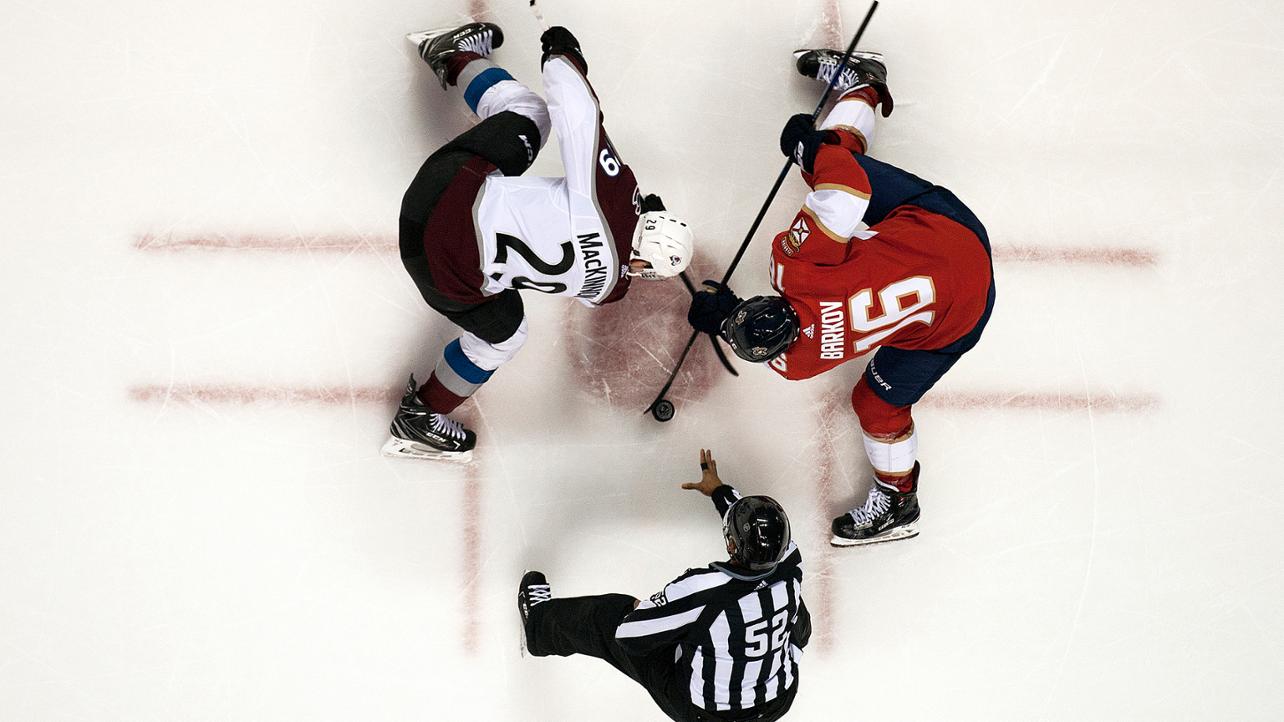 Speaking of footwork, how much faster has the game gotten since you began officiating in the League?

“These kids, more and more, their skating ability is unbelievable. McDavid has been in the League now for a while, and there’s no one that skates as well as him, in my opinion, or as fast as him. But I feel like every team, on a whole, is getting faster and faster every year.”

Training camp for officials starts Sept. 7 at Harborcenter in Buffalo. What’s expected of you in terms of conditioning?

“I know back in the day, for players and for referees, training camp was a time for them to get back into shape. But there’s been a change in the culture, a change in the way we do things and the way the players do things. They expect us to come into camp in shape, ready to go. We have a fitness test that we’re expected to be able to pass with flying colors. I’ll be 100 percent in top shape in training camp.”

Besides training and playing hockey, you worked at former NHL referee Don Koharski’s officiating and development camp this summer. What was that like?

“I think I’ve worked four summers for him. It’s a great way to get out and help out some young officials; kids have tons and tons of questions. There have to be at least a handful of guys who are on staff now that I instructed at the camp and are NHL officials now. It’s kind of cool; they come up through the system, you help them a little bit, give them a little advice and then within the next few years they’re working beside you.”

Players usually set goals for themselves for the upcoming season. Do referees and linesmen do that too?